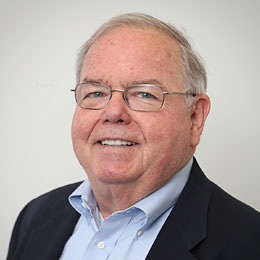 Mr. McAuley has served on our Board since 2004, as Chairman of the Board from August 2004 to June 2020, and now as a Director. Mr. McAuley is a co-founder of Nextel Communications, Inc. and held senior executive positions at Nextel from its inception in 1987 until 1996, including seven years as President and Chief Executive Officer. Upon leaving Nextel, he joined Imagine Tile, Inc., a custom tile manufacturer, where he served as Chairman and Chief Executive Officer from 1996 to 1999, and where he continues to serve as Chairman of the Board.

He also served as President and Chief Executive Officer of NeoWorld Communications, Inc., a wireless telecommunications company, from 1999 until the sale of that company to Nextel in 2003. Mr. McAuley is a certified public accountant and, prior to co-founding Nextel, his positions included Chief Financial Officer of Millicom Incorporated, Corporate Controller at Norton Simon Inc. and Manager at Deloitte and Touche LLP. Mr. McAuley served on the board of directors of United Rentals (NYSE: URI) until May 4, 2017. Mr. McAuley has a Bachelor’s of Business Administration Degree from Adelphi University and is a member of various finance and telecommunications industry organizations.